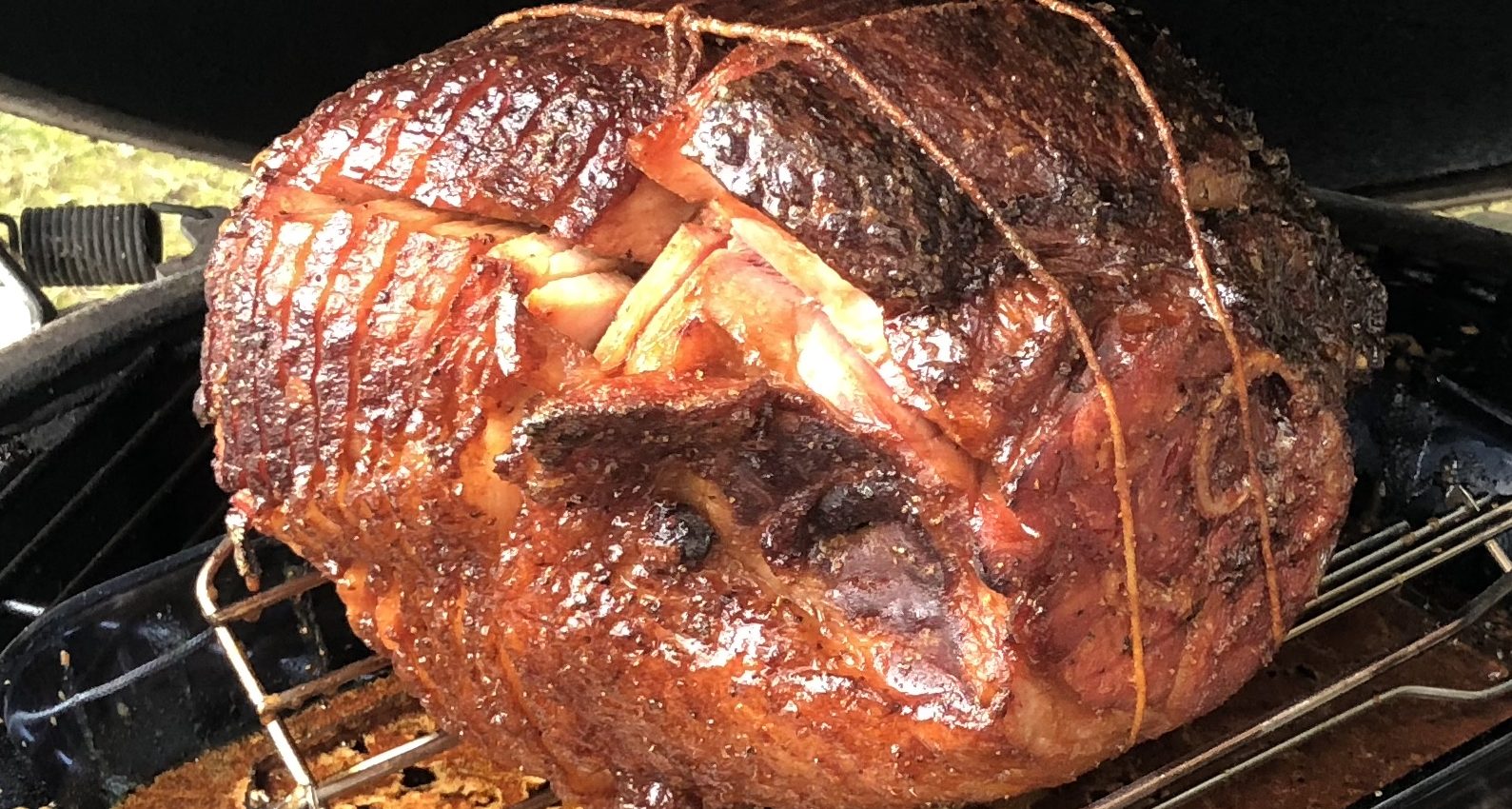 Ham on the Green Egg

Ham on the Green Egg is a perfect brunch food. It's hard to screw up! The ham is already cooked. You're just giving it some extra flavor and showing off your smoking passion and skill.

2 tbsp Mustard (Whatever Style You Eat with Ham)

2Mix all ingredients for the rub together. Spread over entire ham.

Putting the Ham on the Green Egg

2Bring out the ham 30 minutes prior to adding to Egg. Add some soaked apple wood chips just before you add the ham. 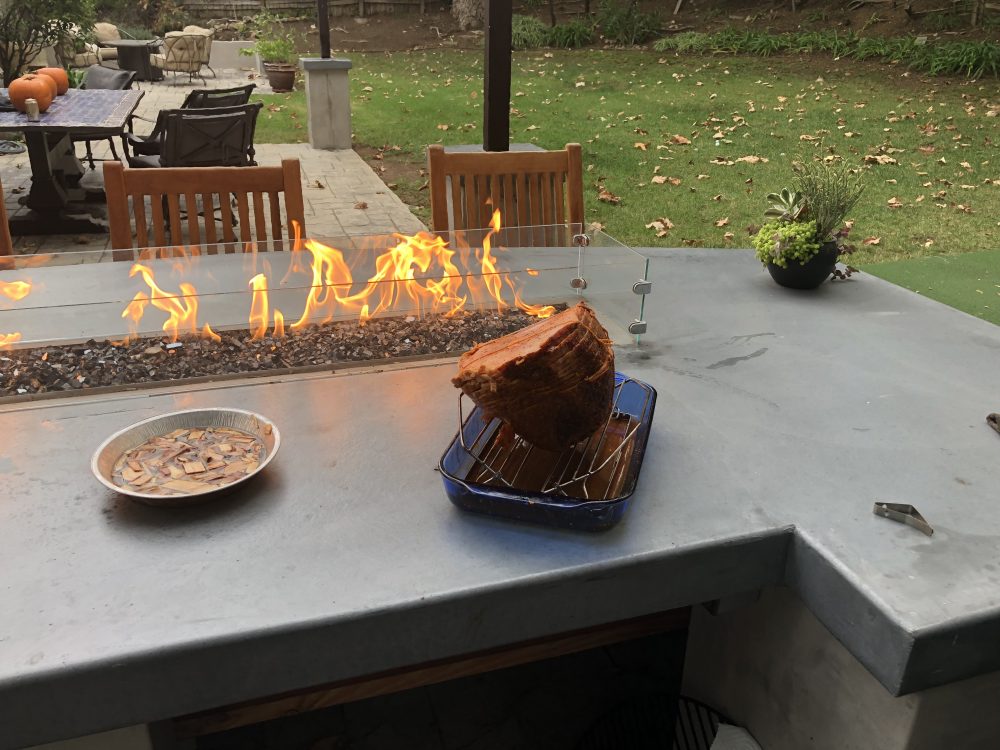 3Put the ham on the Egg! (I used a roasting grid to let the smoke permeate the entire ham) 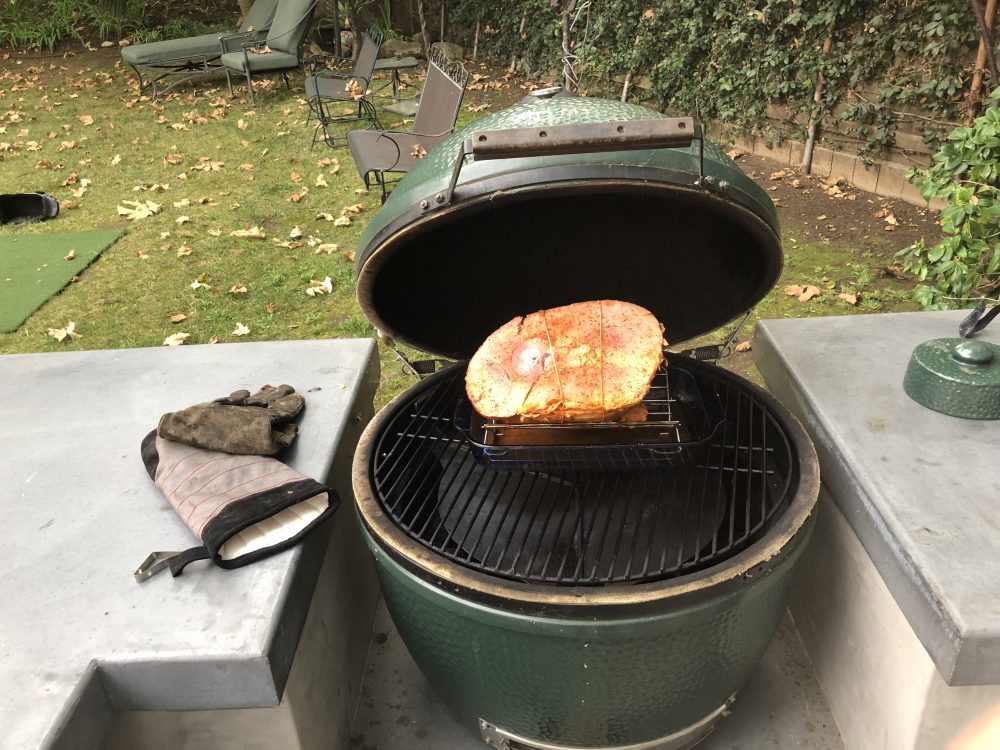 4Keep heating until around 120 degrees.

1Mix all glaze ingredients together. Heat in a sauce pan or microwave to mix.

2After the ham reaches 120 degrees. Start basting every 20 minutes with the glaze.

3Take it off the egg at 145 degrees. Cover with foil until ready to serve. 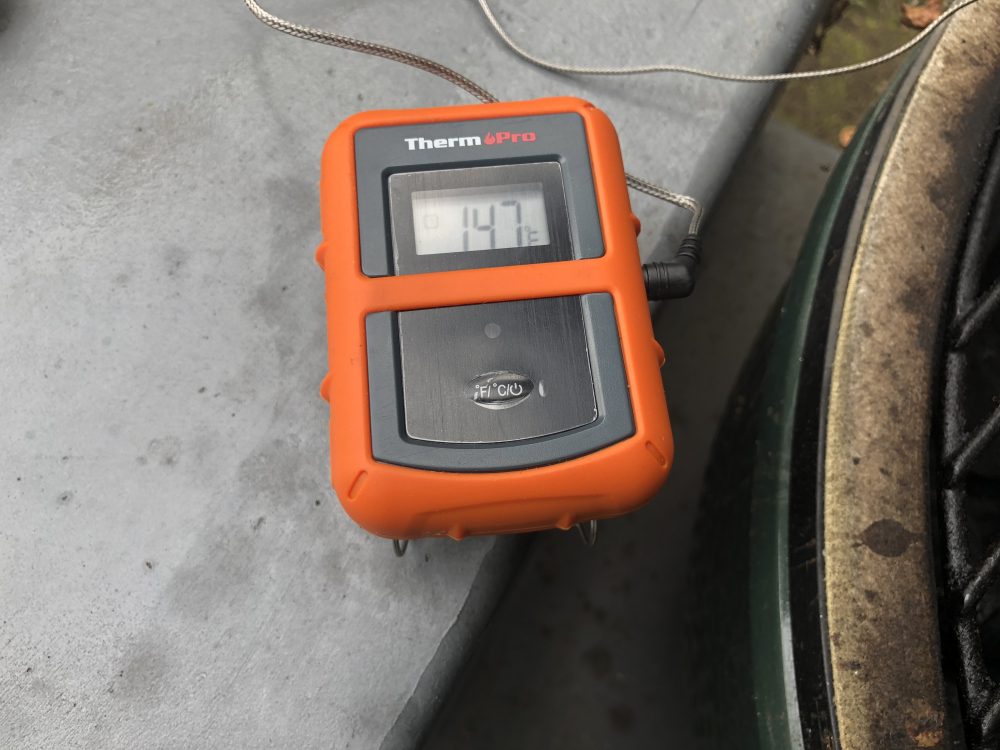 4Ham on the Green Egg. 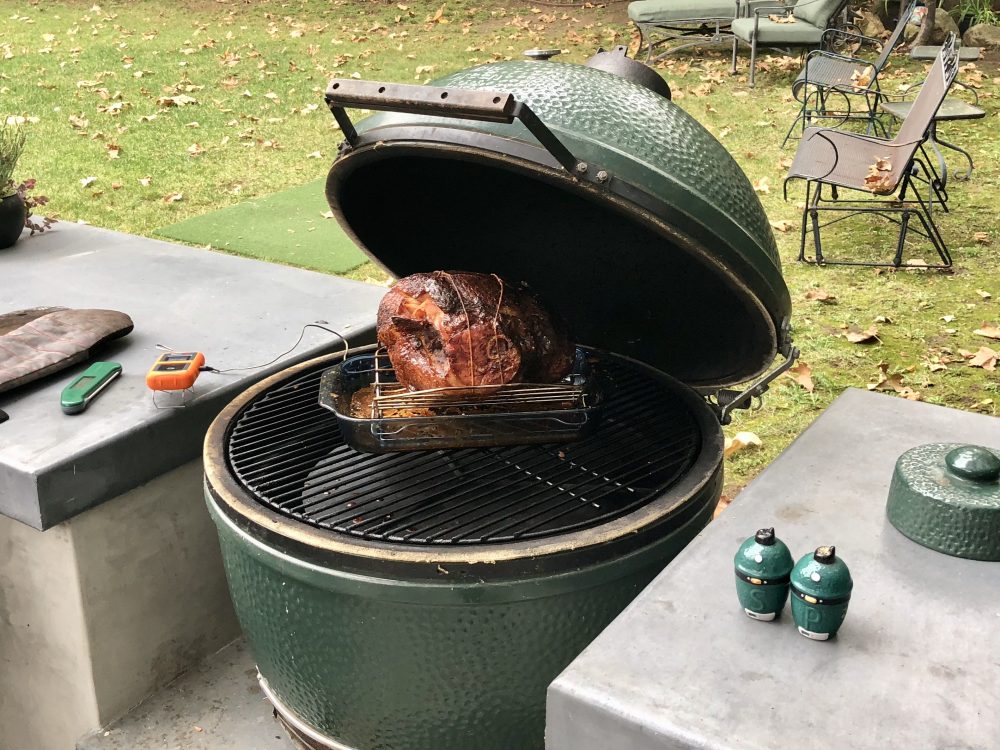