Ham on the Green Egg

Ham on the Green Egg is a perfect brunch food. It's hard to screw up! The ham is already cooked. You're just giving it some extra flavor and showing off your smoking passion and skill. This recipe is a perfect Easter Recipe. And if you don't have a big enough crowd to finish the ham, you can freeze the leftovers in small bags, and use them in omelettes, quiche, and a wide variety of recipes. A little ham (or bacon) never hurts any recipe. 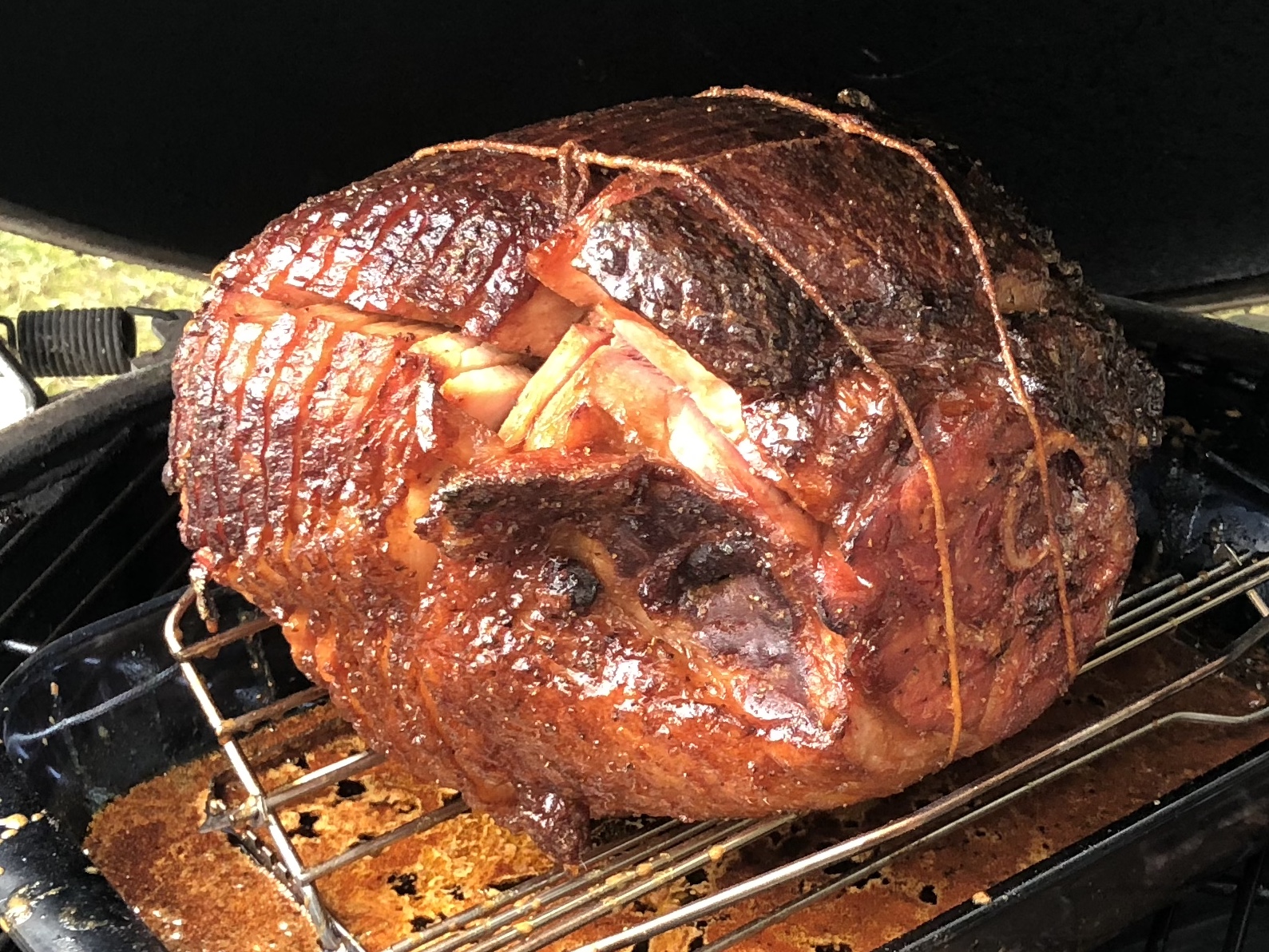 Insert 1/2 cup maple syrup between spiral ham slices. Using a turkey baster works here, but you have to get your clean fingers in there to separate the slices.

Mix all ingredients for the rub together. Spread over entire ham. Tie up the ham with kitchen twine to keep the slices together.

Putting the Ham on the Green Egg
4

Heat the Egg or your smoker to 225 degrees.

Bring out the ham 30 minutes prior to adding to Egg. Add some soaked apple wood chips just before you add the ham. 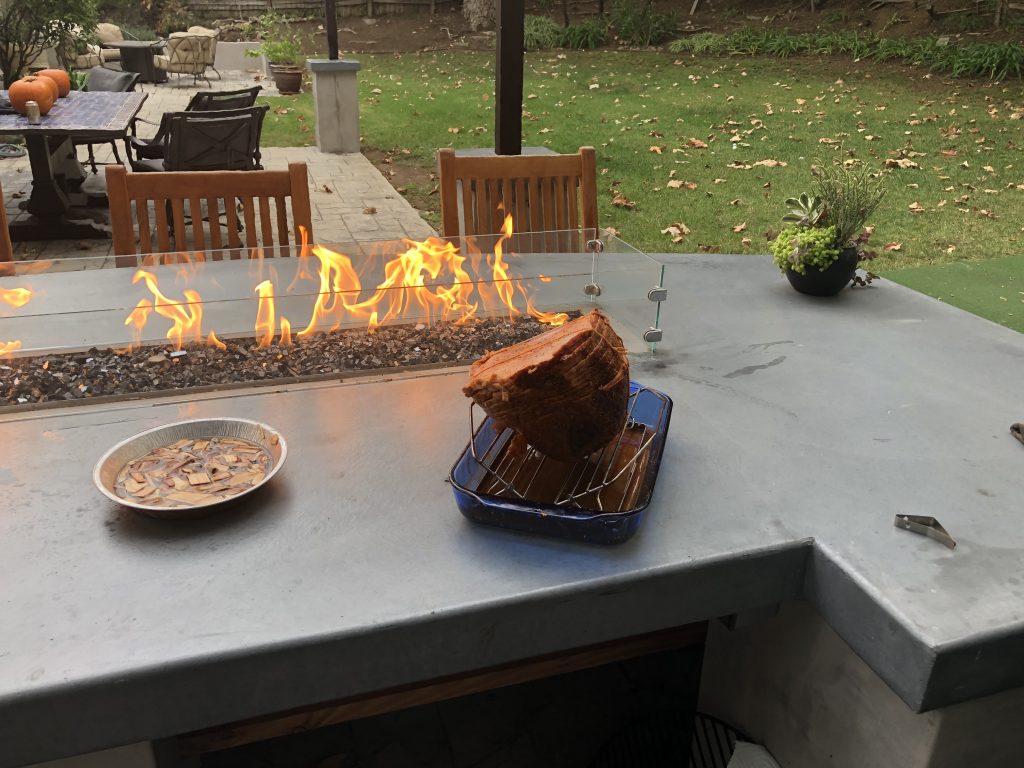 Put the ham on the Green Egg! (I love saying that!) 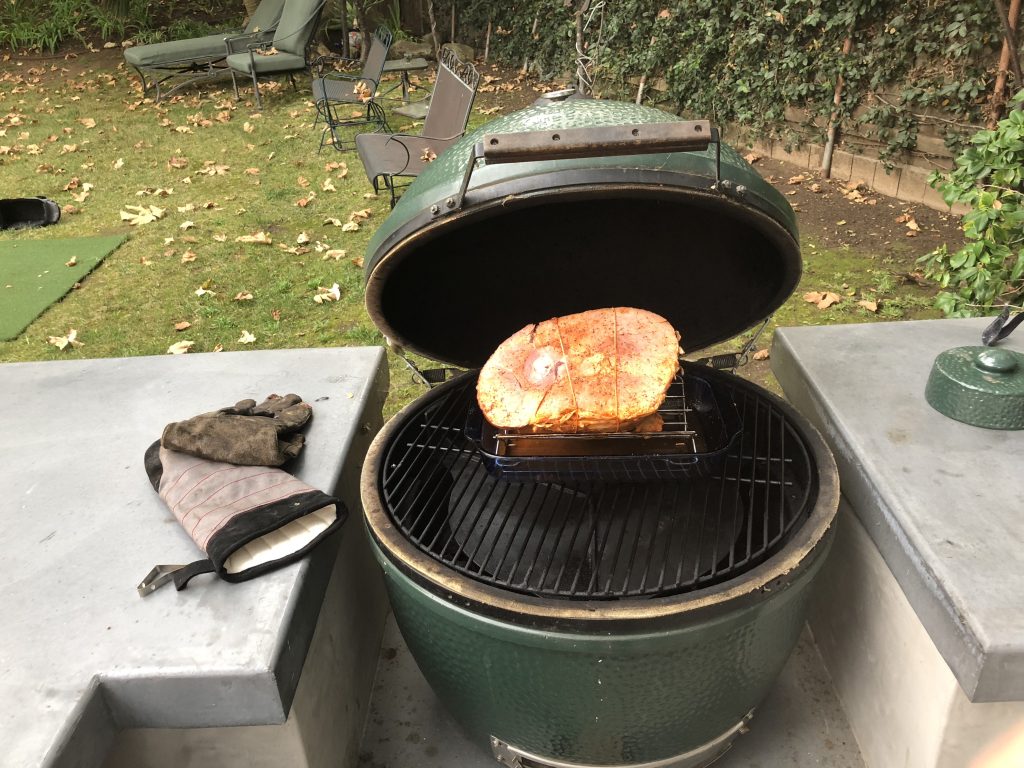 Keep heating until around 120 degrees.

Mix all glaze ingredients together. Heat in a sauce pan or microwave to mix.

After the ham reaches 120 degrees. Start basting every 20 minutes with the glaze. 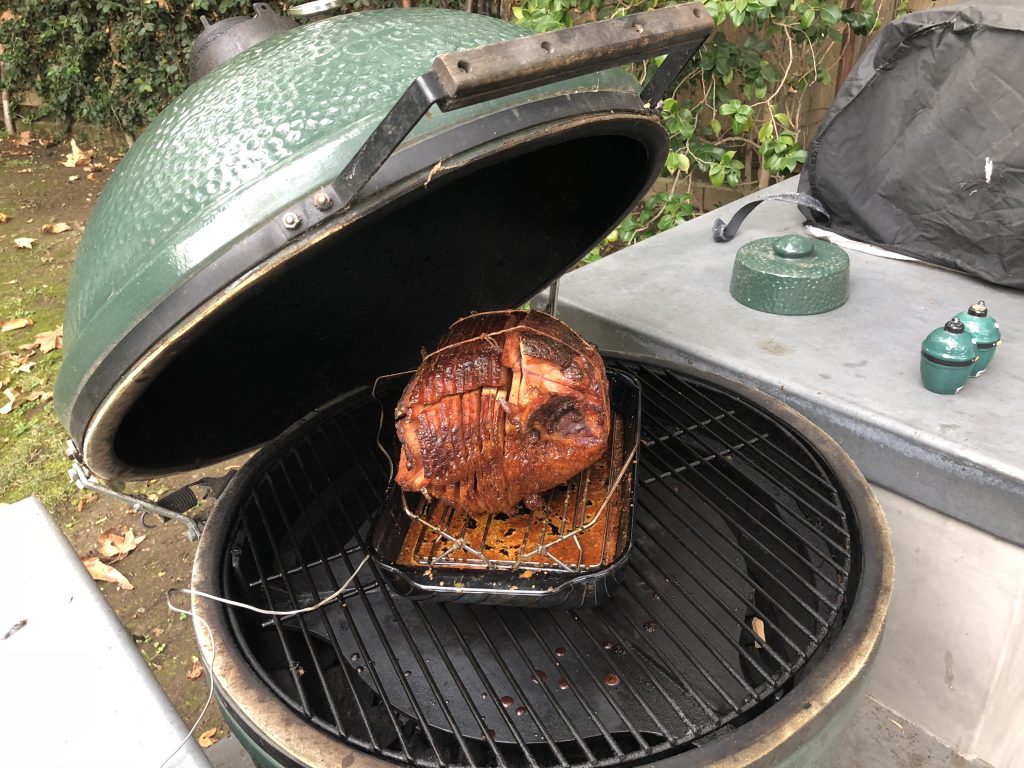 Take it off the egg at 145 degrees. Cover tightly with foil until ready to serve. 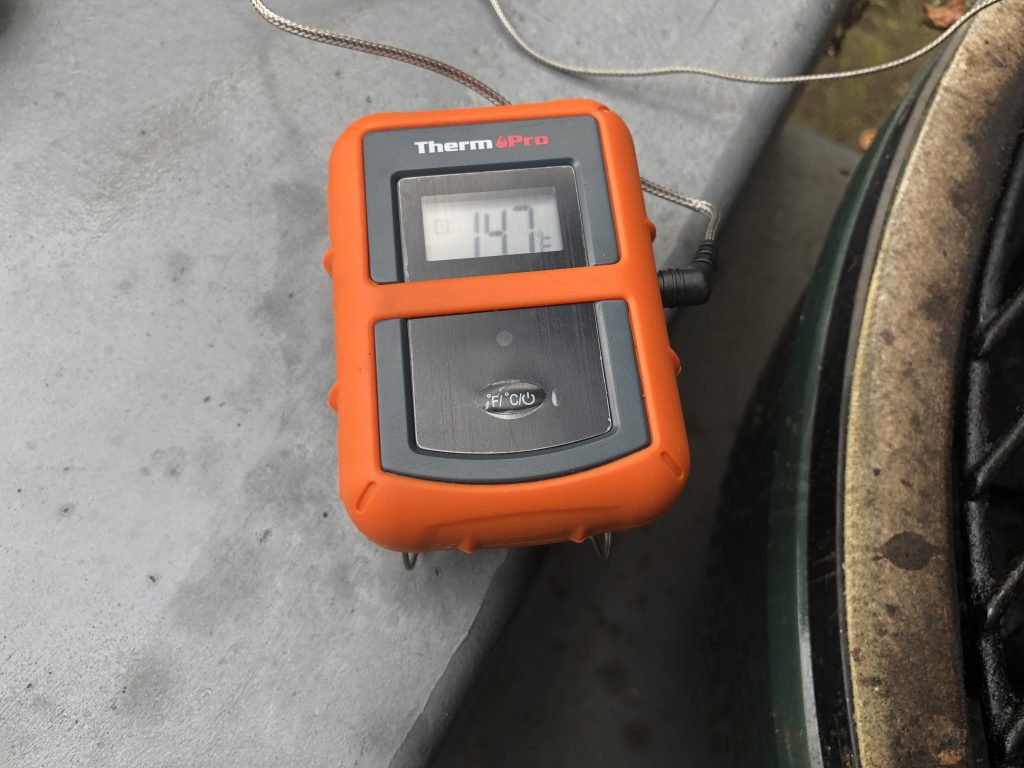 Ham on the Green Egg. 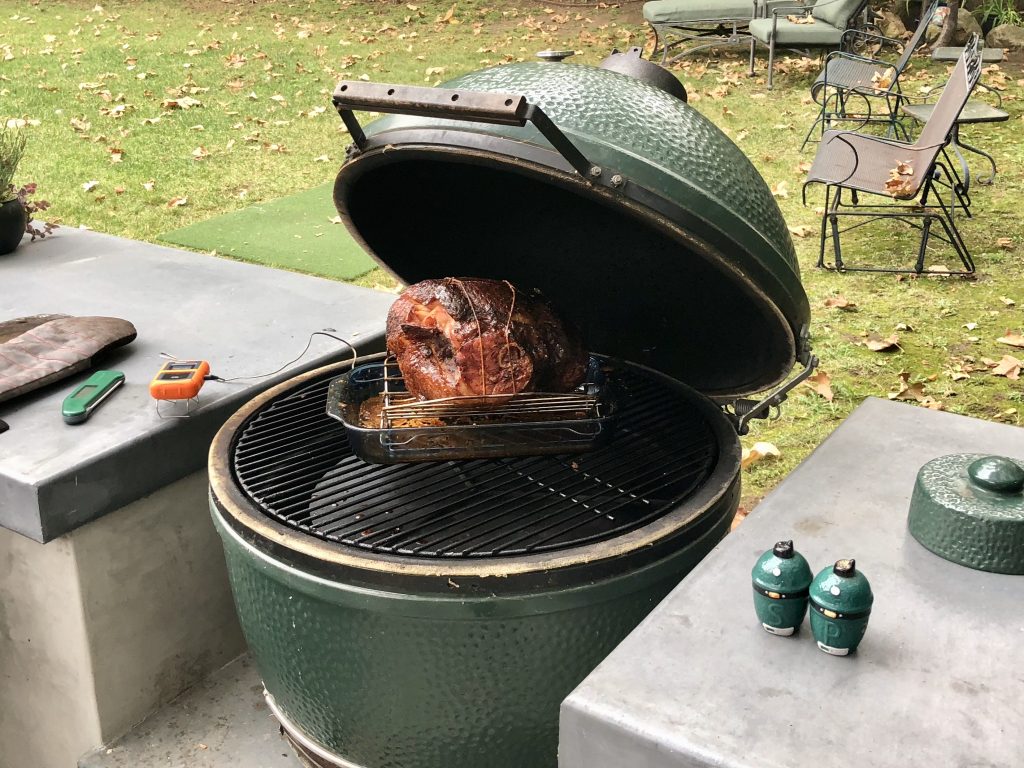